The clock strikes 5 p.m. It's been raining all day. People are looking for a spot where they can stay dry. There are militarized police everywhere. They've got guns and riot gear. A few youths start to gather in front of the municipal theater in São Paulo, Brazil, just like other generations have done in years past. Their motive is the public transit fare increase—almost $1.50 USD [4 Brazilian Reals] to get on the metro or the bus, which some have to take 4 to 6 times a day.

Leliche Passos is a student who has recently finished middle school. She's joined the demonstration and is giving out pamphlets that claim public transit as a right and not a commodity. "This is the first protest against the fare hike this year and we're not going to stop until they lower the fee. There are workers who come in from the outskirts of the city who can't afford that price every day. We're in a moment of crisis in Brazil and we see that there aren't possibilities for young people or for workers," Passos told Avispa Midia.

A teacher, trained in social service, has also joined the protest with her coworkers. She's part of the "Passe Livre" ["Free Fare"] movement and claims that the cost of transit has been increasing year after year: "The price keeps going up and with it, an increasing number of people are excluded from transport. So people from the outskirts of the city only ride transit to go to work; it's not possible for them to get around the city to do anything else," states the teacher, who introduced herself only as Davita.

She claims that the price increase is part of a package of political and economic reforms that are bringing about a severe crisis in Brazil. "Along with this we have the labor and retirement reform, which is going to lead to an increase in the cost of living. It's all part of the orientation of the capitalist class in our country, which follows transnational economic agreements," said Ms. Davita.

Effectively, Brazil has committed to improving and expanding its public transit system through 2030. It's objective number 11.2 of the UN's 2030 Agenda for Sustainable Development, which came in with vigor on January 1, 2016. Among other things, the Brazilian government has promised to "provide access to safe and sustainable transport systems at prices that are affordable for all." But in São Paulo, the 10th richest city in the world, where people can travel in helicopter air taxis, there are also people who aren't able to move between different points of this huge metropolis.

"It's a means of social control; this way it's impossible for poor people to leave the periphery. It's a border that's established with purchasing power. It's the same thing for all services. Only those who can pay have access, and if you can't, you're left out", adds Davita.

The UN's 2030 Agenda consists of 17 objectives and 169 goals that address labor systems, security, industry, energy, and health, among other services that are being politically and economically re-calibrated towards privatization and outsourcing.

The number of militarized police who are present cordoning off the fare hike protest is incredible. Some of them are covering their guns as though wanting to draw them against the threat of the crowd, although none of the demonstrators are carrying anything dangerous, apart from some symbolic shields. 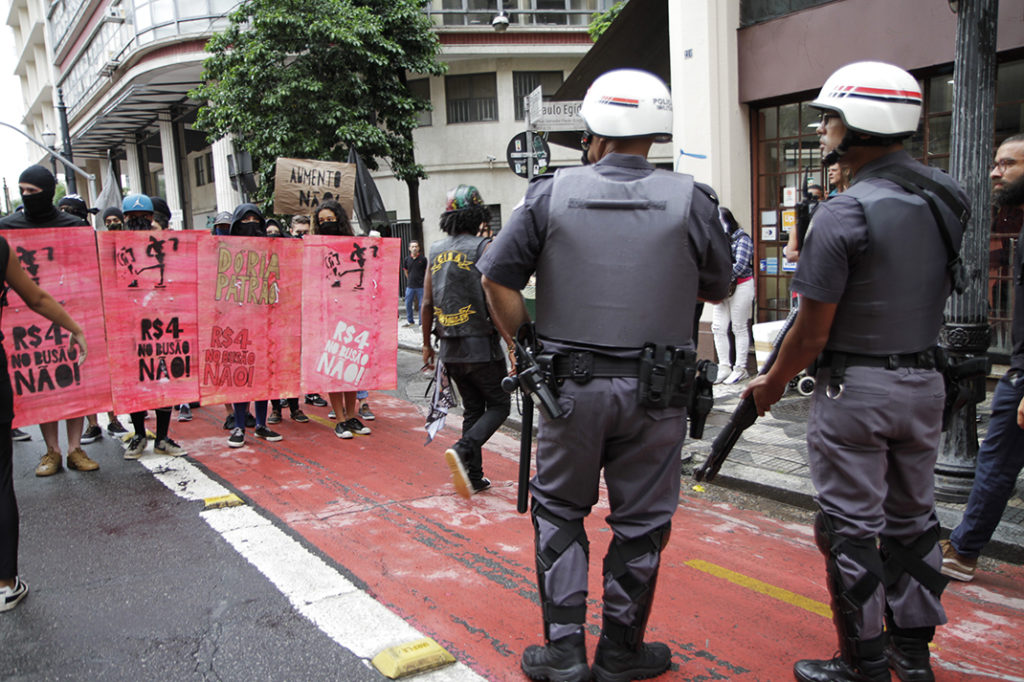 "We're living through a dire crisis of institutional and democratic politics in this country. There's no longer any credibility in the institutions. They respond to the demands of the people with repression and criminalization," asserts Davita.

A mask covers the face of the young anarchist, age 16 or so. He prefers not to mention his name, stating that the State has developed an intelligence system that has begun to map possible protest organizers. "In every demonstration there are police recording and focusing on certain faces. Then they go to social media to look for political links. The information is filed away to be used at some point to criminalize and justify repression, because the protests are going to continue to get bigger," says the young man.

"It's a crisis of capitalism itself and today it's more necessary than ever before to think of new forms of organization. We need to look to the rest of Latin America for inspiration, like the indigenous movements in Mexico and Bolivia," shares Ms. Davita.

In spite of the diverse protests carried out year after year by students and teachers, the government has increased the cost of transit using several strategies, such as "approving this increase on holidays, when no one works. Or when there's a soccer match. This is absurd; we as a 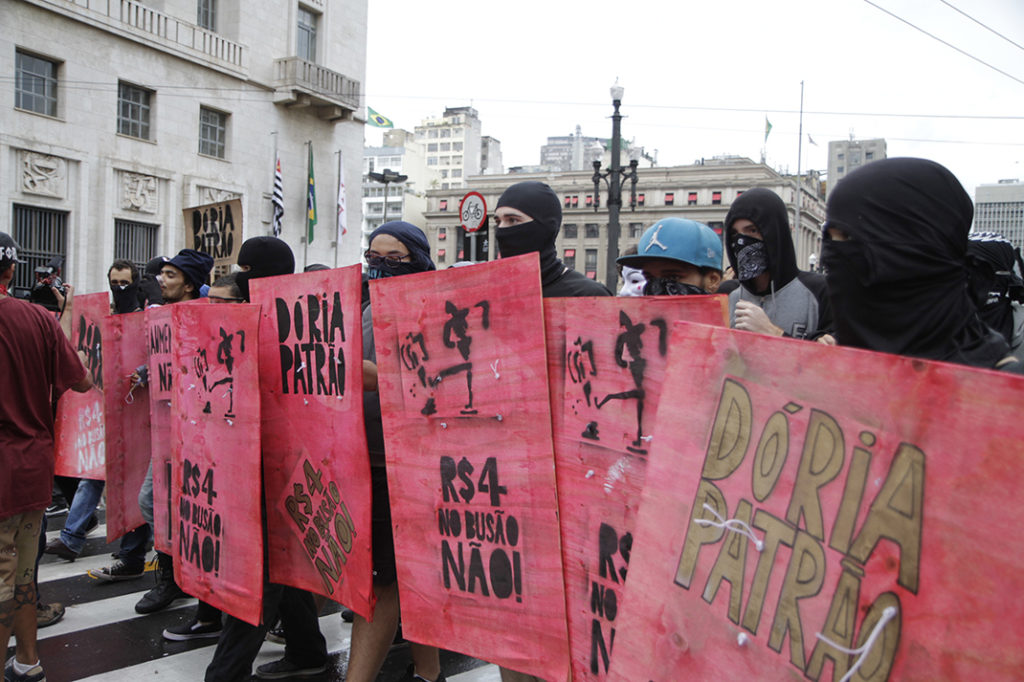 movement have to learn to be more firm and radical in our actions. This society has to learn to disobey the norms that harm everyone in their daily lives. We need to be smarter in our political actions," adds the young anarchist.

This first mobilization was a relatively peaceful protest. The demonstrators didn't cause any damage to the private property of third parties. The only action they attempted was hopping the metro turnstiles, for which the police decided to unleash the fury and power of their anti-riot weapons on the protesters. The metro's internal security, some uniformed and others in civilian clothes, also used over the top violence against the young people who tried to enter without paying.

Meanwhile, the Passe Livre movement already has several mobilizations planned for the rest of January in other cities in Brazil. In São Paulo the demonstration brought out at least 10,000 people, and double that number are expected for the next protest.

Repression of the National Strike in Columbia Strengthens – Thus Far, Three Demonstrators Have Been Killed

It was led by the US Ambassador to Mexico, Ken Salazar, together with representatives from the economic sector, such as Visa, Amazon, Facebook, AT&T, META, Google
U.S

False solutions, such as carbon markets and Nature Based Solutions, prosper as threats and violence increase in the Brazilian Amazon